Always stay up to date

Intellimech draws up prototypes of mechatronic devices in order to develop innovative and cross-sector applications that may be of interest to our members. We manage research projects on behalf of our members as well as third-party companies. 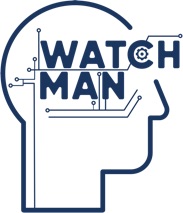 WATCHMAN aims to develop a hub of competences and experiments on Artificial Intelligence applications in manufacturing sector, with a particular focus on Machine Vision techniques. Two demonstrators will be established to test advanced deep-learning techniques applied to images analysis and defects recognition in products at the end of the production process, thus increasing quality level. 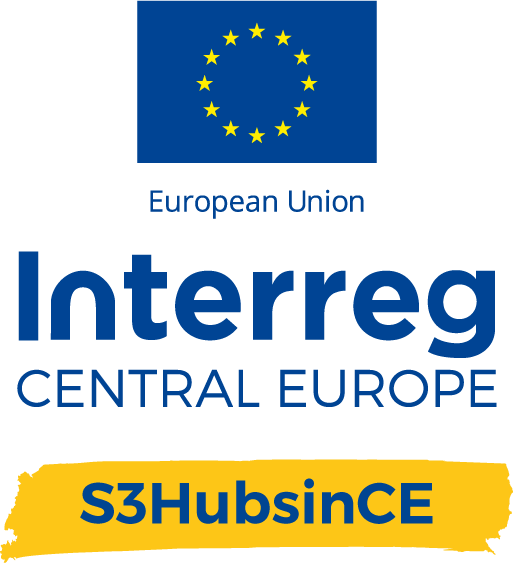 Europe has a potential to specialise in digital solutions on a global scale, however, everyone agrees that it is not fully exploited. The main barrier is the fragmentation of markets, and the lack of uniform regulations and procedures. A new EU initiative supporting the digitalisation of industry: Digital Innovation Hubs is there to remedy. The DIH centers are hubs of complex services, where businesses, and especially SMEs and start-ups, can improve their competences connected to streamlining production processes, products, and services by implementing digital technologies.

The goal of S3HubsinCE project is to build competences of regional DIHs in Central and Eastern Europe by exchanging experience and good practices between project partners. The competences are built in the following technology areas: data analytics, machine vision, factory and process automation,  IIoT, advanced and smart materials.

The 10 project partners, coming from Austria, Croatia, Germany, Hungary, Italy, Poland, Slovenia, and Hungary, will jointly develop a network of Central European “RIS3 Champions”, which will initiate a new generation of innovation networks.

Qu4lity will demonstrate, in a realistic, measurable, and replicable way an open, certifiable, and highly standardised, SME-friendly and transformative shared data-driven ZDM product and service model for Factory 4.0 through 14 pilot lines.

Qu4lity will also demonstrate how the European industry can build unique and highly tailored ZDM strategies and competitive advantages through an orchestrated open platform ecosystem, ZDM atomized components, and digital enablers across all phases of product and process lifecycle. The main goal is to build an autonomous quality model to meet the Industry 4.0 ZDM challenges. 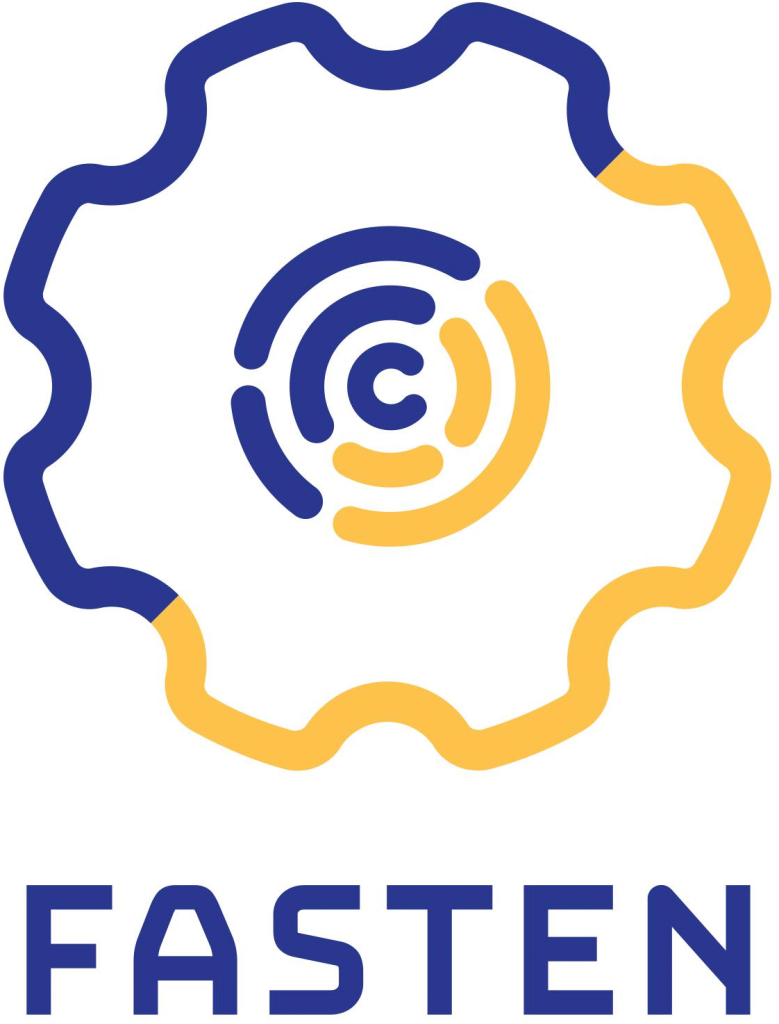 FASTEN is a joint EU-BR project that aims is to develop, demonstrate, validate, and disseminate an integrated and open modular framework for efficiently producing highly customized products. This will be achieved by pairing digital integrated service/products to additive manufacturing processes, on top of tools for decentralizing decision-making and data interchange. Software technologies will be applied to build a fully connected additive manufacturing system by exploiting robotic, automation, simulation, as well as optimization and prescriptive analytics technologies. Demonstration of these technologies will be performed in two pilot cases: ThyssenKrupp Elevadores in Brazil and Embraer Portugal in Europe (aeronautics).

FASTEN is composed of 10 partners, 5 from Europe and 5 from Brazil. Specifically, from Europe the partners are INESC TEC (EU project coordinator) and Embraer Portugal S. A, Politecnico Di Milano, PACE Aerospace Engineering and Information Technology and Intellimech; from Brazil, the partners are INESC P&D Brasil (BR project coordinator), PUCRS, Bradel, ThyssenKrupp and Embraer.

The MAP4ID project fully addresses some of the emerging issues in the context of enterprise information systems and platforms supporting the development of new paradigms emerging from the migration towards the Industry 4.0 paradigm.

The partnership involved in the development of MAP4ID has decided to address the ambitious goal of developing a research phase on three purely industrial issues dictated by as many different key users involved collaterally to the project, which is aimed at the definition of a new ambitious product/service to be brought to market in a synergy of intent and resources among all actors involved.

The aim of the project is to create a technological contribution that can be quickly extended and customized to meet the diverse business needs of small and medium-sized SMEs in filling a gap in information systems and processing services that would require time, investment and qualified personnel to be realized.

The MAP4ID project, therefore, has the ambitious goal of transferring new methodologies, technologies and tools born in the world of academic research, to the industrial context, but all oriented to concrete cases of real key-users and with the stated objective of defining a platform of services that can be easily customized, used and managed in daily operations in different contexts and in different industrial scenarios.

In many of the operational scenarios where the project proponents have operated in the course of the most recent project initiatives, it is noted that the biggest issue was having to guarantee the company’s ownership that the data transmitted out of it was not distributed and saved on “public” cloud systems but on specific server machines installed at their premises or at the partner’s offices. This sense of concern and mistrust towards possible uncontrolled and unclear access to operational data that may characterize important competitive information for an SME with active patents on manufacturing processes or unique product features pushed them to renounce to a massive integration with the outside world and in particular with the Industrial IoT, in order to preserve the privacy and anonymity of their own production feature.

In order to address these operational issues, Intelligentia has made targeted investments over the last few years in the development of a Cloud services platform based on some of the best known and established OpenSource technologies for hosting and distributing specific content in industrial contexts. The platform called ELISA (Enterprise Light Information System Architecture) has been revised several times over the years to try to integrate the most requested features emerging from the field.
In the course of the project, leveraging the three real application cases, a new product will be realized based on the lessons learned from ELISA, but at an even lower level, i.e. a PaaS (Platform as a Service) that can be directly integrated and used also by other system integrators and partners. All this by adding the main Artificial Intelligence techniques as plug&play application modules that can be reused in different operational contexts.

The project, therefore, goes in the direction of creating a new product that leverages the state of the art and industrial applicability of data analysis and reasoning methodologies born in the field of computer science research, dropping them into three case studies in as many industrial companies belonging to the Intellimech Consortium. In particular, the case studies will concern:
– A case study on predictive maintenance applied to the context of a company producing textile looms
– A case study on production optimization in a complex environment with high production variants in the beverage industry
– A case study on vision technologies for quality and compliance of electrical panels

The project, coordinated by Engineering Ingegneria Informatica, is part of the European Commission’s Horizon 2020 Framework Programme and brings together 24 partners of excellence from 11 countries to improve global emergency preparedness.
The global economic impact of the COVID-19 pandemic in general but also in particular for the manufacturing sector has been tremendous. At the same time, the manufacturing sector has been a critical part in the response to the crisis.
The Eur3ka Consortium is committed to develop a resilient global outbreak response and repurpose data ecosystem space for shared emergencies, that is digital oriented and regulation based. While trust is established at organizational and technical levels, the Eur3ka ecosystem will accelerate coordinated efforts and will keep growing building on top of key principles such as transparency, accountability, sovereignty, inclusivity, scalability, and empowerment of all existing and future networks and stakeholders active in the field at a worldwide level.
The aim of the project is to develop a trusted federation of European and global manufacturing resources for health care. The work is expected to generate improvements in health care industry preparedness, including 3D printing initiatives and industrial additive manufacturing services networks. Traditional factories will be able to implement the most appropriate strategies for repurposing their production lines to achieve increases in capacity for producing vital PPE and other medical supplies to meet demand.
Eur3ka has started on the 1st of December of 2020 and will last 24 months.

The DITA project wants to strengthen transnational cooperation among synergic training organizations and increase the mobility opportunities of trainees in the European digital industry scene providing a overview of available training opportunities in the field of Digital Transformation, delivering and permanently maintaining an open but supervised tool (The Digital Industry Training Atlas) that will collect, connect and display synergic available training opportunities in Europe on digital transformation. The project has 2 main target groups:

1) it responds to the needs of todays and tomorrows professionals or graduates working for (or being potential candidates to work for) European small and medium-sized enterprises;

DiH4CPS is a European project that fosters DIHs for embedding Interoperability in Cyber-Physical Systems of European SMEs. The initiative will help European enterprises overcome innovation hurdles and establish Europe as a world-leading innovator of the Fourth Industrial Revolution by creating an interdisciplinary network of Digital Innovation Hubs and solution providers focused on cyber-physical systems and embedded systems. The aim of the project is interweaving knowledge and technologies from different domains, and connecting regional clusters with the pan-European expert pool of DIHs. The DIH4CPS Network will leverage and sustain its impact far beyond the project duration, creating a vibrant, overarching, and cross sector one-stop-shop for collaboration between SMEs, DIHs, and Tech providers.

Consorzio Intellimech, Miraitek srl, Evogy, and POLIMI involve in the CPS/AI application in optimizing the energy consumption of the building, which is one of the eleven initial experiments. With the extensive existing network, they also add value to its existing knowledge transfer capabilities and guarantee the sustainability of the growing DIH network. 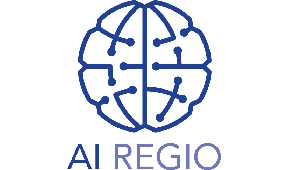 The AI REGIO project aims at filling 3 major gaps currently preventing AI-driven DIHs from implementing fully effective digital transformation pathways for their Manufacturing SMEs: at the policy level the Regional vs. EU gap; at the technological level the Digital Manufacturing vs. Innovation Collaboration Platform gap; at the business level the Innovative AI (Industry 5.0) vs Industry 4.0 gap.
As stated in the European Commission’s communication on Artificial Intelligence (COM(2018) 237 final) the EU should be ahead of technological developments in AI and ensure they are swiftly taken up across its economy. Boosting AI uptake in Europe is also ever more important to take the lead in manufacturing. AI REGIO will make sure that help gets where it is needed for manufacturing SMEs by exploiting and enriching the cross-border network of so-called regional Digital Innovation Hubs, competence centers from which companies can access skills and facilities not available in their region. Addressing regional, cross-regional and pan-European issues will ensure that the EU takes the lead in digital manufacturing, creating new opportunities for innovation and growth.
36 partners from 8 European countries have kick-started the EU-funded AI REGIO project; partners are on a mission to help European SMEs on the path towards artificial intelligence-driven digitalization whilst further integrating the pan-European network of regional Digital Innovation Hubs (DIHs).
AI REGIO has started on the 1st of October of 2020 and will last 36 months. (Project Budget: € 9.200.080,00€).

Artificial Intelligence: EU strategies on one of the most disruptive technologies of the 21st century